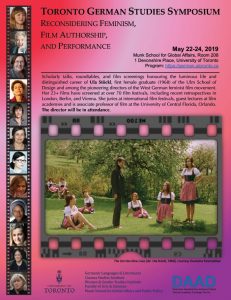 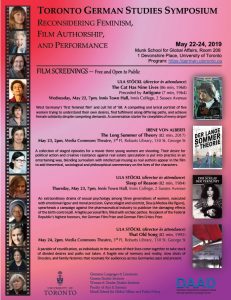 Scholarly talks, roundtables, and film screenings honouring the luminous life and distinguished career of Ula Stöckl, first female graduate (1968) of the Ulm School of Design and among the pioneering directors of the West German feminist film movement. Her 23+ films have screened at over 70 film festivals, including recent retrospectives in London, Berlin, and Munich. She juries at international film festivals, guest lectures at film academies and is associate professor of film at the University of Central Florida, Orlando. The director will be in attendance.