When the futurGenerator team heard about the Department of Geography and Planning’s project to create an installation for International Park(ing) Day, we knew we had to get involved! The event, which takes place on the third Friday of September, has its roots in San Francisco, where in 2005 the Rebar architect collective came up with a novel way of drawing attention to the dominance of automobile culture and the ways in which we (mis)use the urban space. The idea was simple: Put the ‘park’ back in parking by greening a metered space on a city street.

In the meantime, the event takes place in over 200 cities around the world. Park(ing) Day is particularly popular in Germany with over 25 major cities actively supporting the event in 2019. Berlin alone hosted almost twenty installations and many smaller towns also participated. This year, a number of Park(ing) Day events in European cities aligned themselves with European Mobility Week, whose aim is to raise awareness of the need for safe urban spaces for non-motorized mobility and for just enjoying urban life. Here in Canada, Calgary celebrated its fourth Park(ing) Day this past Friday, inviting citizens, artists, and designers to reinvent public spaces and promote critical and creative thinking about urban life.

The Toronto intervention, spearheaded by Geography and Planning’s Kelly Gregg, Sneha Mandhan, and Willow Cabral, was staged in front of the Royal Conservatory of Music. Student volunteers, including futurGenerator interns Savannah Bein and Gabbi Zhao, were out bright and early to create a parkette in the heart of the downtown. Savannah and Gabbi spent the summer working for environmentally and socially innovative organizations in Freiburg, ‘Germany’s Greenest City’, where citizens and city planners have been working together to implement a variety of sustainable urban projects. The futurGenerator team was on hand throughout the day to talk to curious passersby about the concept behind the street-side installation of live grass and plants, beach umbrellas, and places to sit and relax. Park(ing) Day was not only a wonderful way to spend a sunny Friday on Bloor Street, but an opportunity to engage with Torontonians about the possible futures of our urban surroundings.

Thanks to the Geography and Planning team for leading the initiative and welcoming our involvement and to the School of Cities for providing a grant!

See the stories in U of T News and on the School of Cities website. 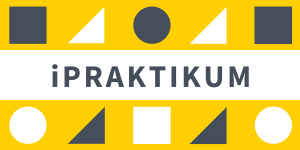