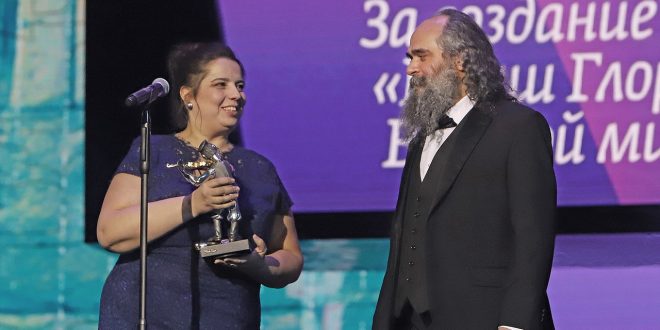 Professor Shternshis has been awarded a six-month research fellowship with the Jackman Humanities Institute to pursue a project entitled “Last Yiddish Heroes: A Lost and Found Archive of the Holocaust in the Soviet Union.” Click here for a full description of the book project, which uncovers lost voices of Yiddish victims of Hitler and Stalin and will include audio and visual material.

Prof. Shternshis was also recently celebrated at the Kremlin for her Yiddish Glory project! She received the ‘Fiddler on the Roof’ award, which is granted by the Federation of Jewish Communities. Click here for the acceptance speech (with English subtitles), which was broadcast on Russian national television.