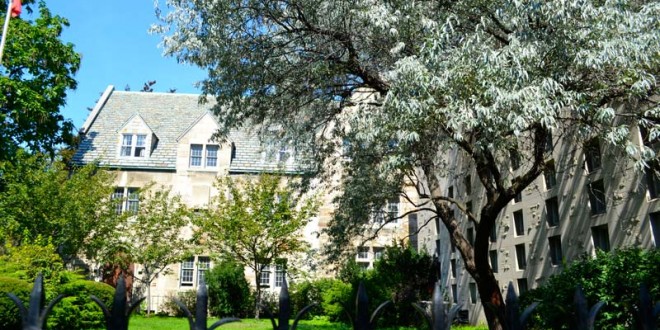 For the latest news and announcements, please visit our News section.

Professor Willi Goetschel was awarded the 2020 Moses Mendelssohn Prize of the City of Dessau, March 2020.

Professor Shternshis has been awarded a six-month research fellowship with the Jackman Humanities Institute to pursue a project entitled “Last Yiddish Heroes: A Lost and Found Archive of the Holocaust in the Soviet Union,” January 2020.

Professor Shternshis received the ‘Fiddler on the Roof’ award, which is granted by the Federation of Jewish Communities, January 2020.

Christine Lehleiter who has been awarded a Humboldt Fellowship for her project ‘Stimulus, Response, Behavior: Habit at the Intersection of Nature and Culture (1750-1850)’, January 2020.

Professor John K. Noyes was awarded a Fellowship in the Stellenbosch Institute for Advanced Studies for 2020 and 2021 for his project "Global Humanities."

Professor John K. Noyes has been appointed Extraordinary Professor in the Department of Modern Foreign Languages at the University of Stellenbosch, South Africa. (2018-2019)

Professor Anna Shternshis was featured in BBC’s article “Yiddish songs from WW2 brought back to life” 2018.

Professor Christine Lehleiter was awarded SSHRC Insight Development Grant for her project "Neurohumanities: What can we learn from the 18th century?" 2018

Professor Angelica Fenner was awarded SSHRC Connection Grant in support of the conference "Transnational Perspectives on Black Germany," May 2018

Professor John Zilcosky was awarded the Friedrich-Wilhelm-Bessel Research Prize of the Alexander von Humboldt Foundation, for his lifetime achievements in research (2018)

Professor John Zilcosky was a Visiting Fellow at the Zentrum für Literatur- und Kulturforschung (Centre for Literary and Cultural Research) in Berlin, Germany (2018)

Professor John K. Noyes won the prestigious Aldo and Jeanne Scaglione Prize for Studies in Germanic Languages and Literatures for his book, Herder: Aesthetics against Imperialism, published by the University of Toronto Press. (2016-2017)

Professor John K. Noyes was awarded a Fellowship in the Stellenbosch Institute for Advanced Studies for 2016 and 2017 for his project "Global Citizenship and the Practice of Being Human. South African Visions and the Legacy of Enlightenment."

Professor Anna Shternshis was awarded a 5-year SSHRC Insight Grant for her project “Yiddish Culture in the Soviet Union During World War II” (2015).

Professor John Noyes won a twelve-month National Endowment for the Humanities (NEH) fellowship for his project “The Legacy of Johann Gottfried Herder’s Theories of Cultural Difference and Universal Reason”. (2014-2015)

Professor Stefan Soldovieri was awarded a SSHRC Connection Grant for the international conference “Specters of the Other Germany: 25 Years After the Fall of the Berlin Wall,” held 11-12 April 2014 at the University of Toronto.

Professor Markus Stock received a SSHRC Connection Grant for the international conference “Rethinking Philology,” Nov 8-9, 2013 at the University of Toronto.

Professor Willi Goetschel took on the role of Executive Editor of the Germanic Review, one of the most respected journals in our field.

Professor John Zilcosky won a SSHRC Insight Grant for his project “Uncanny Encounters: Literature, Psychoanalysis, and the End of Alterity.”

Professor John Noyes won a SSHRC Insight Grant for his project “Globalization in the Age of Goethe.”

Professor Christine Lehleiter won a Curriculum Renewal Initiative Award for the development of the new “Money and Economy” undergraduate course.

Professor John Zilcosky won a twelve-month National Endowment for the Humanities (NEH) fellowship for his project, "The Concept of the 'Uncanny' in 20th-Century Austro-German Thought" (2013-2014).

Professor Willi Goetschel spent 2012 as Fellow in Residence at the Lichtenberg-Kolleg at the University of Göttingen.

Professor Willi Goetschel published his most recent book: The Discipline of Philosophy and the Invention of Modern Jewish Thought (Fordham University Press, 2012).

Professor John Zilcosky was elected President of the Literary Theory Committee of the International Comparative Literature Association (ICLA) for a three-year term (2011-2014).

Professor Markus Stock was invited to the Freiburg Institute for Advanced Studies to serve as Senior Research Fellow, January - June 2012. He also recently took on the role of Book Review Editor for Seminar: A Journal of Germanic Studies.

Professor Christine Lehleiter received a prestigious SSHRC Insight Development Grant that will run for two years (2011-2013) and was awarded for her ongoing research project, "Original Sin: the Quest for the Origin of Evil."

Professor John Zilcosky was interviewed on the CBC’s “The Current with Anna Maria Tremonti” on the topic of “Unfinished Work and Literary Legacy” (October 13, 2010).

Professor Angelica Fenner was awarded a residency with the Camargo Foundation in Cassis, France and will spend Fall 2009 researching her book project on sound, space, and mobility in European Cinemas.

Professor Markus Stock was Visiting Professor at the Department of Germanic Languages and Literatures at Harvard University (spring semester 2009).

Professor Anna Shternshis won a Social Sciences and Humanities Research Council of Canada (SSHRC) research grant for her project, The Evacuation and Escape of Jewish Civilians in the Soviet Union during World War II (2008-11), $62,000, and a Conference on Jewish Material Claims Against Germany grant for her project (with Zvi Gitelman), The Soviet Government and Soviet Jewry During World War II: Soviet Policy, Combat and Evacuation (2008 - 2011).

Professor John Noyes won a Social Sciences and Humanities Research Council of Canada (SSHRC) research grant for his project,Colonialism and the German Enlightenment (2007-10).

Professor John Zilcosky won the Aldo and Jeanne Scaglione Prize for Studies in Germanic Languages and Literatures for his book Kafka’s Travels: Exoticism, Colonialism, and the Traffic of Writing (2004)

Helena Juenger is the recipient of the 2018 Faculty of Arts and Science Outstanding Staff Award – Student Life.

PhD student Florian Müller won a highly competitive Connaught Award (for five years). All across the University of Toronto, only 26 were awarded for 2019-2020.

PhD student André Flicker won a highly competitive Connaught Award (for five years). All across the University of Toronto, only 27 were awarded for 2018-2019.

PhD candidate Christin Bohnke was awarded a SSHRC Doctoral Award and won an OGS for 2016-17 (declined) and a Joint Initiative in German and European Studies Grant.

PhD candidate Christin Bohnke received two prestigious awards: the Zantop Travel Award of the Coalition of Women in German and a Fellowship from the Japanese Society for the Promotion of Science (2015).

PhD candidate Marlo Burks was appointed the first ever Amilcare Iannucci Graduate Fellow in the Humanities at the Jackman Humanities Institute (2015-16).

Nicole Perry (Ph.D. 2011) won a prestigious 2-year Lise-Meitner Postdoctoral Fellowship from the Austrian Science Fund, to be held at the University of Vienna (2014).

Incoming M.A. Student Elise Polkinghorne won an Agnes M. Ireland Award, which was only awarded to five students this year at U of Toronto (2013-14).

Incoming M.A. student Vanessa Pfeiffer won a University of Toronto Excellence Award. Less than twenty are awarded each year among all undergraduate students in the Humanities and Social Sciences.

Doctoral candidate Stefana Gargova won the 2011-2012 TATP Teaching Excellence Price of the University of Toronto as well as a Dissertation Completion Award.

Lara Pehar was awarded a SSHRC Doctoral Award and a Ontario Graduate Scholarship (declined) for 2011/12.

Nicole Perry and Andrew Warren were each awarded Ontario Graduate Scholarships for 2011/12.

John Koster and Vasuki Shanmuganathan were each granted Doctoral Completion Awards for 2011/12.

Marlo Burks was awarded the International Connaught Scholarship and the Avie Bennett Award, 2011/12.

Anna Stainton received an Avie Bennett Award and was also nominated as Junior Fellow of the Jackman Humanities Institute.