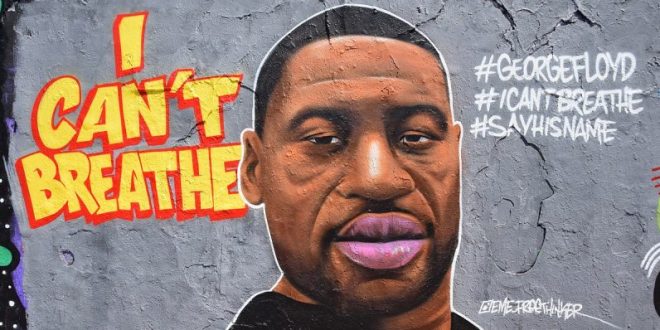 Image of George Floyd mural at the Mauerpark/Berlin

The Canadian Association of University Teachers of German (CAUTG) has come out with a Statement in Support of Victims of Racism and Racist Attacks: “We, the Executive Committee of the CAUTG, condemn the recent violence directed at people of colour across North America. We grieve for George Floyd, Ahmaud Arbery, Breonna Taylor and the many others who have lost their lives. We stand in solidarity with all those who experience Anti-Black racism and are victims of racist attacks around the world. As university teachers of German, we cannot be complacent. Too often in German history, racism, discrimination, and xenophobia have gone hand in hand with state or police violence. We are committed to seeking paths to confront racism and hatred, and to expressing our disgust with crimes against humanity. In the coming months, members of the CAUTG, German Studies scholars and educators in Canada will be working in various capacities to study our institutional structures and programming in order to identify direct ways we can enact this mission.”

The Initiative for Diversity, Equality, and Inclusion of the German Studies Association (GSA) has issued its statement here.

The Department of Germanic Languages and Literatures supports these calls to reflect on our own racial biases and to educate others about implicit and explicit racism and its continuing impact on black lives.