Yiddish Forwards, the US Yiddish weekly, published an article on the Symposium.

“Avant-bard” singer/songwriter/performer Psoy Korolenko and U of T Professor Anna Shternshis bring to life “lost” Yiddish songs of the Holocaust in this all-new concert and lecture program. Written and transcribed by surviving Ukrainian Jewish writers of the Kiev Cabinet for Jewish Culture after the war as a testament to their struggle for survival, these rare Yiddish artifacts were confiscated and hidden by the Soviet government in 1949, and have only recently come to light. Learn about the incredible stories behind these treasures, savour the music and revel in the creativity of Yiddish-speaking Holocaust survivors.

Nick Underwood (University of Colorado), “Jewish Culture on the World Stage: The Modern Jewish Culture Pavilion at the 1937 World’s Fair in Paris”

11:45am–1:00pm Panel II: From Ukraine to Tashkent to Birobidzhan and Back

Hannah Pollin-Galay (Columbia University), “Rhyming is Believing: Witnessing with Avrom Sutskever in the Spring of 1944”

Chair: Andrea Most (University of Toronto)

Joel Berkowitz (University of Wisconsin-Milwaukee), “Yiddish Drama and the Holocaust”

Diego Rotman (Hebrew U), “Rubber Bullets on False Targets: Dzigan and Shumacher’s theater between 1939 and 1947”

Olga Gershenson (University of Massachusetts, Amherst), “David Bergelson’s I Will Live! (1942), un-memory of the Khurbm”

Jack Kugelmass (University of Florida), “Borders to the Sky: The WarTime Journeys of Mordkhe Tsanin” 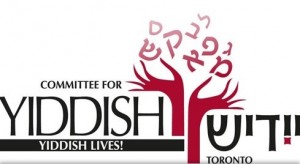