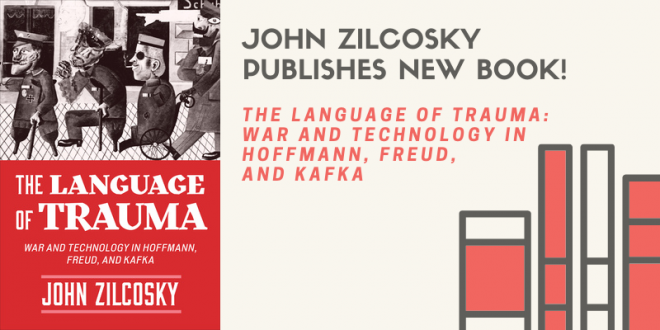 The Language of Trauma: War and Technology in Hoffmann, Freud, and Kafka

“For about a century, psychoanalysis has been telling us that ‘the uncanny’ is an effect of infantile castration anxiety. And for about half a century, deconstruction has been claiming that it is the mirror hall of literature’s inherent self-reflexivity that produces the uncanny. By tracing the roots of this term in the battles of nineteenth- and twentieth-century mobile and industrialized warfare, John Zilcosky puts the uncanny and its corollary, ‘trauma,’ back on their historical feet.”