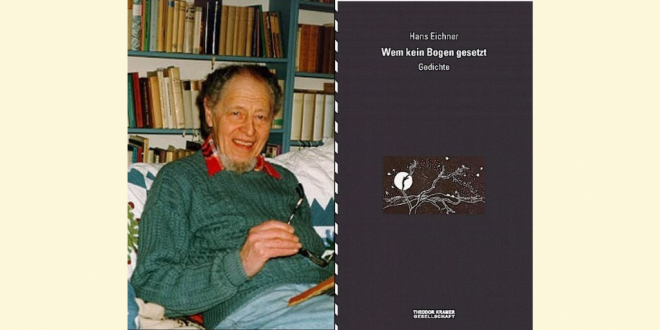 Born in Vienna in 1921, Eichner spent the war years in Australia and England and was in close contact with Erich Fried and other exiled poets associated with Gruppe 47. After emigrating to Canada, he taught for many years, first at Queen’s University and later at the University of Toronto, and became well known for his work on German Romanticism. He was also the author of a novel, Kahn & Engelmann. Eine Familien-Saga.