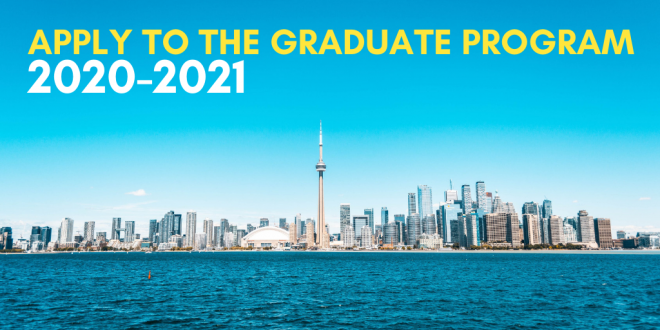 The Department of Germanic Languages & Literatures at the University of Toronto is currently soliciting applications to our Graduate Program in German and Yiddish Literature, Culture, and Theory. Research areas pursued by our faculty span the medieval era to the 21st-century, with several professors cross-appointed to such units as the Cinema Studies Institute, the Centre for Comparative Literature, the Centre for Diaspora and Transnational Studies, the Centre for Medieval Studies, and the Philosophy Department. Our program also offers exciting possibilities to pursue an interdisciplinary graduate degree in collaboration with the Book History and Print Culture Program, the Centre for Transnational and Diaspora Studies, the Anne Tanenbaum Center for Jewish Studies, or the Women & Gender Studies Institute.

We have available 4 fully funded PhD slots for Canadian and International students. Our funding package is guaranteed for five years. Students in their sixth year are eligible for a doctoral completion grant. In addition, all students are encouraged to apply for an array of competitive scholarships, including the Ontario Graduate Fellowship, the Doctoral Scholarship of the Social Science and Humanities Research Council, and research grants available through the DAAD-funded Joint Initiative in German and European Studies affiliated with the Munk School of Global Affairs. We are also able to provide funding to many students in our one-year M.A. program through a combination of teaching opportunities and internal fellowships.

The University of Toronto library system ranks among the top three across North America, next to Harvard and Yale. The Greater Toronto Area also boasts a wide array of world-class cultural institutions, including film festivals such as TIFF, HotDocs, and Images, and an ongoing retinue of guest artists, writers, and scholars recruited for lectures and workshops on campus and throughout the city. Our program benefits from further support and collaboration with the German Consulate and the Goethe-Institut Toronto. T.A. training in foreign language pedagogy is provided by our faculty and through additional workshops regularly hosted with other language and literature departments on campus as well as in cooperation with the Goethe-Institut. Funds are also available for our graduate students to organize conferences in collaboration with graduate programs in German at other Ontario universities.

Please consult the School of Graduate Studies (SGS) Calendar and the departmental Graduate Handbook for details on eligibility criteria. Additional information may be obtained from the SGS Admissions Guide, the SGS Degree Progams Quick Facts (MA) and Degree Programs Quick Facts (PhD), and the SGS application FAQ I and FAQ II. 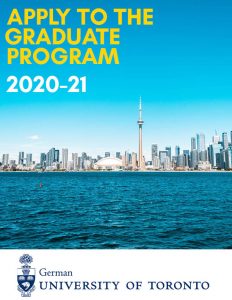